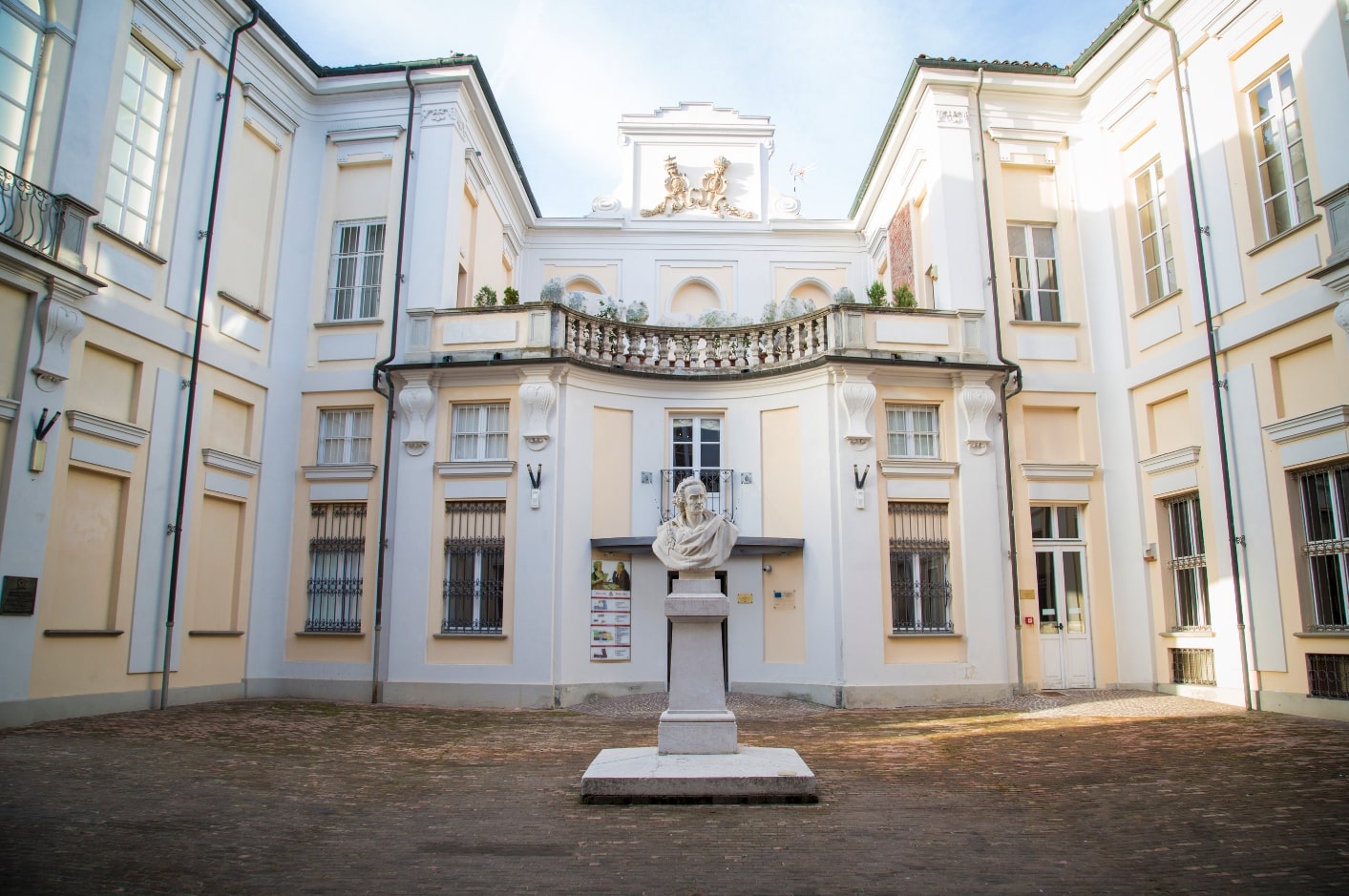 Discover in a Smart Asti by walking through the streets and squares of its historic center.
Taste a glass of Moscato D.O.C.G. and visit the places linked to the famous Palio event.
Explore the rich historical and artistic heritage of the city by entering 5 sites with a single, convenient ticket.
What are the must-see places in the city? How do you get to Piazza Alfieri? Where to take the children for a fun visit or a tasty snack?

Wherever you turn in the center of Asti, you will see a tower! Historically it is called the “city of the 100 towers” which actually seemed to be, in the past, even 120. The oldest of these is the Red Tower, dating back to the first century after Christ. It is said to have been part of the Roman gateway to the city and that it was the last prison of the martyr San Secondo, who later became the patron saint of the city of Asti. The second floor, which brought it to its present height, dates back to the Middle Ages, while the curious 16-sided shape is due to the original construction.

Thanks to Fondazione Asti Musei (Palazzo Mazzetti) and to Asti City Tour we spent a full day in the beautiful city of Asti, far 35 minutes drive from Turin (Capital of Piedmont) and 40 from Alba. Discover the Map Museum.

10 euro for see all the museums in the Town.

The tower that overlooks Piazza Medici, also called the Clock Tower, has the function of a civic tower and is one of the symbols of the city.
This is certainly one of the most impressive medieval towers, perfectly completed and best preserved in Piedmont.
With a square plan with a side of about 5 meters, it has a height of 44 meters and is exposed, both outside and inside, in exposed masonry.

Characteristic elements of the tower are the 12 double lancet windows with rounded arches distributed over three floors and the projecting end fascia made up of three orders of blind arches made of alternating terracotta and sandstone.
Originally, the tower ended with a terrace and dovetail battlements. Later, the cover with lantern was added, which it still preserves today.

The construction probably dates back to the second half of the XIII century, to the period of the great city building renovation, and was part of a strong house
of the Troya family, one of the families of the city’s merchant aristocracy who practiced financial activity in several European cities. In the XV century, when the Troya family became extinct, the tower passed to the Municipality who installed the civic bell for the sound of the hours and other notices of public interest.

The current bell is from 1531 and is therefore one of the oldest bells in Piedmont still in operation today.
Recently, the tower has been restored and opened to the public. Through a wooden staircase of 199 steps, it is now possible to go up to the battlements level, an exceptional vantage point that offers a 360 degree view of the city and the surrounding area.

In the city’s social context, Palazzo Mazzetti testifies to the existence of a family of noble origins, enriched with the activity of the Mint and with careful real estate purchases.
The prestige of the noble residence is witnessed by the sons of Giacomo Stuart (1717), the king of Sardinia Carlo Emanuele III (1727) and Napoleon I (1805).
In 1442 Domenico Mazzetti da Chieri’s sons acquired, among other things, part of the imperial fiefdom of Frinco, which until modern times remains an island of imperial jurisdiction within the Savoy possessions. The minting rights exercised by the Mazzetti family starting from the last quarter of the fifteenth century are questioned by both the Duke of Savoy and the Republic of Venice due to counterfeit coins.
The news according to which the building of Corso Alfieri would rise on the site originally occupied by the stronghold of the Turks, purchased by Mazzetti in 1442, dates back to the scholar Niccola Gabiani (1906) who connected the event to the alienation of the Castle and the jurisdiction of Frinco by the Turks, whose headquarters were instead organized in an isolated block between the streets of Cattedrale, Milliavacca and Giobert.

Palazzo Alfieri is the birthplace of the famous poet Vittorio Alfieri (who was born here on January 16th 1749), but also the headquarters of the Algerian Study Center and of the Eugenio Guglielminetti Foundation, which exhibits the art collections and works of one of the most important set designers of the second half of the twentieth century. A visit of its historical and artistic heritage allows you to discover some characters that have contributed to give prestige to the name of the city. The building binds its name not only to Vittorio, but also to another Alfieri: Benedetto, the poet’s uncle and an important architect who redesigned parts of the building (of medieval origin) in the mid-18th century. The courtyard is remarkable, characterized by a lively and highly scenographic architecture, which seems to welcome the visitor with an embrace. In the recently restored halls of the palace, you can see some furnishings of the birthplace of Vittorio Alfieri and some objects that testify to the literary activity, travels and passions of the poet. The bust of Vittorio Alfieri in the courtyard unequivocally emphasizes the connection of the palace with the poet. It was placed here in 1923, when the palace was donated by Count Ottolenghi to the Municipality of Asti. Vittorio Alfieri lived in this building until he was five years old. He then moved to another house in Asti until he was ten, and then to Turin to study. From there he undertook numerous journeys through Europe, becoming a protagonist of the cultural, political and literary landscape of the time. He died in Florence on 8 October 1803. During his life he wrote nineteen tragedies, an autobiography and some treatises in defense of freedom against tyranny: an example is Del Prince and Letters.

The history of the Gothic church of San Secondo, patron saint of the city, is still today in large part incomplete and poorly documented, as a sacred building of this prestige would require. However, from the end of the nineteenth century to the present, the bibliography appeared on the subject, together with the data that emerged during the restoration of the 60s, allow us to reconstruct, albeit briefly, the main construction events. The origin of the church is very controversial precisely because it is rich in contradictions, and therefore historically not usable, the story of San Secondo appears; in fact, according to tradition, the Roman military officer Secondo, who became a Christian through the intercession of San Calogero, lived in the 2nd century AD and martyred in the very place where the church named after him would have risen shortly after: in reality, A. Crosetto states, there are no explicit confirmations about the existence of a primitive early Christian church.

Baptistery of San Pietro in Consavia

Baptistery of San Pietro in Consavia, Built in the 12th century in an area outside the circle of walls, the Jerusalem-Hospitaller hospital and the nearby church of the Holy Sepulcher were the headquarters, from its construction until 1798 of the Order of the Knights of Jerusalem also known as the Knights of Malta. In the XIV it carried out the function of Grand Priory of Lombardy which was in charge of the control of the Order in northern Italy. The complex consists of a series of buildings. The round church was built between 1110 and 1130. Its original dedication to the Holy Sepulcher and its shape place it among the most significant examples of churches built in imitation of the rotunda of the Holy Sepulcher of Jerusalem.