Magliano was a hef of the Alfieri family from 1240, when the castle was purchased by this family, which was one of the most important Asti families and in a short time managed to gain the complete control of the territory. Subsequently, the hef was decided and in the early years of the fifteenth century the power of the family went through a period of crisis: a small part of the hef was attributed to the Damiano family and the others were purchased by Roero, Malabayla and PaIato di Castellinaldo families. 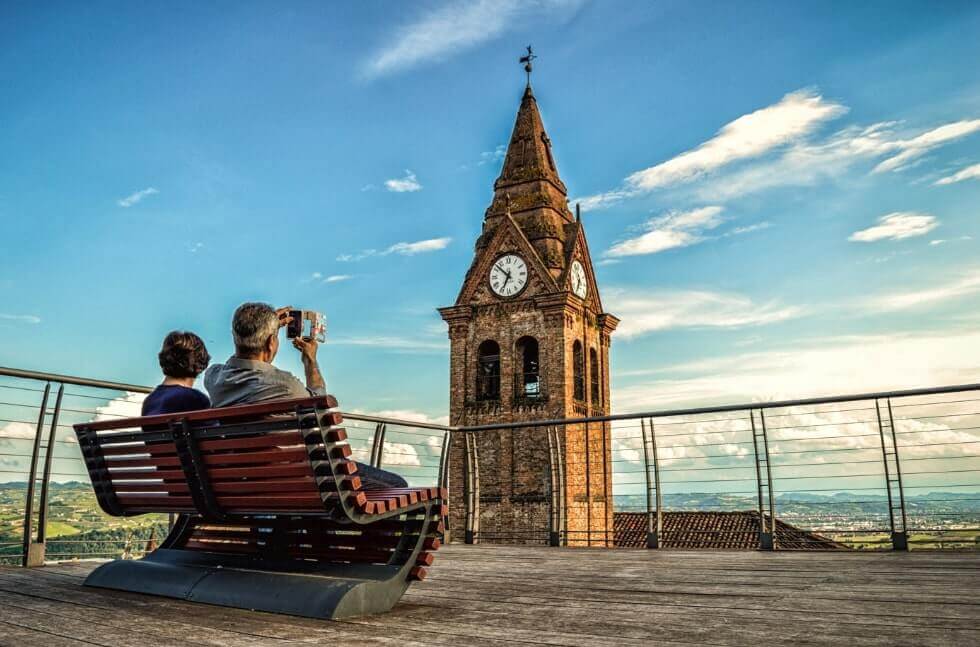 Nevertheless the Vittorio Alfieri family continued to hold the supremacy over the territory until the seventeenth century, when the dominion over the area came to the Savoy; in the course of the century the Count Catalano Alfieri, general of the Savoy infantry, built, on the site of the medieval fortress, the actual castled residence a sumptuous building with precise and at the same time gracious lines of the last Piedmont Baroque. The most valuable parts are the gate, the ceremonial staircase, the party hall and the aristocratic “Crucifix chapel”. The building was completed by his son, the Count Carlo Emanuele.

In the east wing of the piano nobile is housed the Museum of Popular Arts and Traditions which collects aspects of culture, art and hearth of the community of Piedmont. In 1994 was inaugurated a very original section dedicated to plaster ceilings, elements of a now gone rural cultural identity.