The center of the small village of La Morra, small perched on a hill at the height of 513 m above sea level, is one of the most striking observation’s points of Langa landscape. From the central Piazza Castello, in fad, you can see an overlook extended across the Langhe and the Alps that offers a unique show on the hills, characterized by villages, castles and towers emerging from the vineyards.

The name’s origin, “Villa Murre” seems to be linked to a animals’ breeding activity, as “Villa” indicates the settlement and Murre means “corral sheep In 1296 La Morra was given in fief to Sordello from Goito, knight of Carlo d’Angiò and minstrel mentioned by Dante in the Divine Comedy (Purgatory).

In 1340 La Morra enters in the land tenures of the Falletti’s family, who remained settled there until the middle 800, and then it switched to the visconti of Milan in 1435, and to the Savoy in 1631. In the following centuries it took shape and its radial structure of historic center was reinforced, with the fulcrum in the civic tower and in the parish church.

A destination not to be missed is the Annunziata’s community, three kilometers far from La along the country road to Alba. Here they can visit the romanesque-baroque building Morra, of the former convent of San Martino of Marcenasco: the bell tower and the apse date back to the fifteenth century, while the facade 1684.

This monastery represents the oldest part of La Morra: here monks cultivated vineyards of Nebbiolo, Moscatello and Pignolo . In the wine cellars is situated the Museo Ratti dei Vini d’Alba.

What to stay in La Morra, Piedmont, Italy?

The Museo Rats dei vini di Alba is a small private wine museum linked to the winery and to the figure of its founder. The museum, created by Ratti in 1971, is dedicated to the wine production chain, told through the wine grower and winemaker’s tools.

In the first room, they can find tools for the wine culture, wine presses of different types and ages, funnels, pails, kegs and a particular chestnut barrel dating back to the nineteenth century. In the room next door are collected all tools used for the woodworking and, on a wagon rocker, is placed a flat-long shaped barrel: it’s the “carr “, the forerunner of the modern tanker. After that, they can appreciate the objects’ exhibition that allowed the wine transfer from producer to consumer, in addition to a series of bottles that illustrate the evolution of this object in time.

The museum also celebrates the illustrious men who have contributed to the history of viticulture, whose portraits adorn the large room on the ground floor: Tancredi and Juliette Colbert, Carlo Alberto of Savoy, the Count Camillo Berno of Cavour, Giuseppe of Rovanseda, Domizio Cavazza.

Brunate, one of the most prestigious places of La Morra, drew the attention of visitors for its bright polychromy of the small chapel of the “Madonna delle Grazie’: now called Chapel of Barolo. Property of Ceretto’s brothers, in the 90s it was restored and painted by two world-famous artists, the Englishman David Tremlett, who decorated the interior, and the American Sol Lewitt who painted the outside.

The bell tower was built between 1709 and 1711, according to the design of the engineer Cocito of Neive, who directed the work up to the height of the belfry. The latter was designed by the engineer Domenico Pettis of Cherasco. The tower(31 m high and squared plan) is composed of five floors with simple and sober squares and by a belfry in baroque style.

In the base, they can still see stone’s shards dating back to the pre-existing medieval tower. The Parish Church of San Martino, is one of the most important examples of architecture and baroque painting of the area. It was designed by the architect Michelangelo Garove, according iN the style of Guarini.

In this place is possible to find the wine production of the commune of
La Morra. From June 2014 the vineyards are part of the heritage of Unesco.

From the Town Hall square, you can run down in via Garibaldi to walkthrough the Bastion, an ancient path with very high walls that, in medieval times, encircled with their numerous towers and gates the whole country.

However, these buildings were, between 1700 and 1800, destroyed and turned into walks. They are also numerous noble interesting palaces, including the Palazzo Falletti – Cordero. The building was built by the Falletti, feudal lords of La Morra, in the mid-eighteenth century. and belongs to the Cordero of Montezemolo’s family from the mid-twentieth century, when the lineage of Falletti extinguished.

The Old Palace Falletti arises from the ruins of the medieval castle that was demolished Marthe half of the sixteenth century. Remodeled several times, it remains on the main floor a lounge with wooden ceiling coffer and some rooms with cross vaults use ed classrooms. On the ground floor, in the stables, you can find the Municipal Wine Cellar, managed by the producers of La Morra, where they can taste and buy more than 60 different Barolo.

Best things to do in La Morra 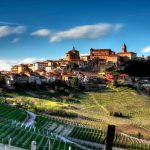 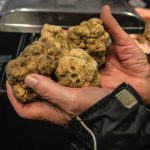