Are you looking for book an online holiday or a weekend in Asti Town? Would you like to travel Monferrato Valley but you need a Travel Guide for discover the best place, tours, activities and place to be? Here you can find all the information about the city of Asti, Wine Tasting Tours, Truffle Hunting Experience, Cooking Lesson, Where to Sleep and what to do for a romantic week end in Asti. Our private taxi service will pick you up from Bergamo, Milan, Turin, Verona and other cities.
Don’t forget to review us on Google or Tripadvisor.

Asti is the fourth largest town in the region by population and is located in the Valle river Tanaro which, after receiving the tributaries Borbore Valbrenta and Versa, delimits the town to the south.

The city, between the Langhe and Monferrato, is located in a favorable location in the heart of the UNESCO site. It was built by the Romans (as Hasta Pompeia) and it was the seat of the Duchy of Asti, the longobardic duchy of Neustria.

Asti, the origin of the Town

Under the Franks it became a bishopric and the Church was directly involved in the administration of the town, so much that, after the collapse of Carolingian Empire, the city survived as independent urban organism.

Free town in the MiddleAges, with the right to “coin money”, it was one of the most important trade centers between XII and XIII century, when its merchants developed trade and diffused the credit throughout Europe.

Where to stay in Asti?


The History of Asti, Italy

In 1531 the County of Asti was ceded to the Savoy by the Emperor Charles V as dowry for her sister, Beatrice of Portugal, who married the Duke Charles III of Savoy. From that moment the city followed the fate of the Savoy.

In 1935 became the capital of the province and during the Second World War, alter the armistice with the Allies signed on September 8 1943, with the Republic of Salo and the Germanic occupation, the city and the Monferrato truly lived the war of Resistance.

lt preserves a rich artistic and architectural heritage, in particular of the low~medievai period, in memory of what once was the most powerful town of Piedmont. There are numerous towers, fortified houses, churches, domus and buildings. The Roman Red Tower, likely vestiges of the western door of the Roman walls, as well as the domus of Via Varrone and the remains of the amphitheater are still visible.

As for the Romanesque period they are of great interest the crypts of Sant’Anastasio (Xl century ) and San Secondo ( Vll century ) which houses the body of the patron saint of the city and the Rotunda of San Pietro in Consavia.

Asti and the Late Medioeval period

The most important properties of the Late MedioevaI period are the majestic Cathedral of Santa Maria Assunta, one of the most significant Gothic cathedrals of Piedmont and the Collegiata of San Secondo, among the many medieval buildings palazzo Catena, the palace of Podesta ,the Comentina tower, the Torre Troyana are to be noted Palace Malabaila, of the Renaissance period, in the sixteenth century hosted Louis Xll during his stay in the city, for the Baroque period.

Thanks to the influence due to the presence of the architect Benedetto Alfieri, the church of Santa Caterina , the church of St. Paul, the Church of the Consolata and its annexed monastery Cistercian are to be pointed out; palace Ottolenghi, the Town Hall, Palazzo Mazzetti and Palazzo Alfieri are also to be noted.

Furthermore also the Festival of Sagre Astigiane has taken a national relevance in the recent years, this is a food and wine event that takes place on the second weekend of September after the Palio of Asti, where more than 40 pro loco of the area offer their specialties in a large open-air restaurant. The place is visited by thousands and thousands of people coming for the occasion from all over Italy.

Best things to do in Asti

Book today your Asti ticket museum for only 10€ 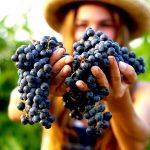 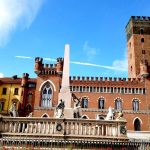 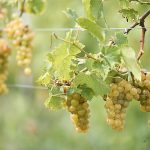 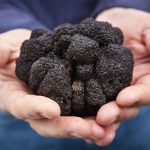 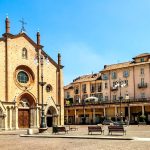 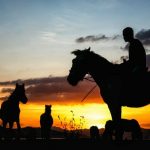